2013 and 2014 were great years for African and Black Literature. 2015 promises to be pretty amazing as well! Some great books have already been released – like Issa Rae’s The Misadventures of Awkward Black Girl ; Walter Mosley’s Inside A Silver Box ; Ayesha H. Attah’s Saturday’s Shadows, just to name a few!

Check out the blurbs of some African, Black (African-American) and Caribbean novels I’m really exited about:

the Udala Trees by Chinelo Okapranta

Inspired by Nigeria’s folktales and its war, Under the Udala Trees is a deeply searching, powerful debut about the dangers of living and loving openly.

Ijeoma comes of age as her nation does; born before independence, she is eleven when civil war breaks out in the young republic of Nigeria. Sent away to safety, she meets another displaced child and they, star-crossed, fall in love. They are from different ethnic communities. They are also both girls. When their love is discovered, Ijeoma learns that she will have to hide this part of herself. But there is a cost to living inside a lie. As Edwidge Danticat has made personal the legacy of Haiti’s political coming of age, Okparanta’s Under the Udala Trees uses one woman’s lifetime to examine the ways in which Nigerians continue to struggle toward selfhood. Even as their nation contends with and recovers from the effects of war and division, Nigerian lives are also wrecked and lost from taboo and prejudice. This story offers a glimmer of hope — a future where a woman might just be able to shape her life around truth and love.  Acclaimed by Vogue, the Financial Times, and many others, Chinelo Okparanta continues to distill “experience into something crystalline, stark but lustrous” (New York Times Book Review).

[This will be her sophomore novel. Check out my book review of her debut short stories collection: Happiness, Like Water]

The Lost Child by Caryl Phillips

Caryl Phillips’s The Lost Child is a sweeping story of orphans and outcasts, haunted by the past and fighting to liberate themselves from it. At its center is Monica Johnson—cut off from her parents after falling in love with a foreigner—and her bitter struggle to raise her sons in the shadow of the wild moors of the north of England. Phillips intertwine

s her modern narrative with the childhood of one of literature’s most enigmatic lost boys, as he deftly conjures young Heathcliff, the anti-hero of Wuthering Heights, and his ragged existence before Mr. Earnshaw brought him home to his family.
The Lost Child is a multifaceted, deeply original response to Emily Bronte’s masterpiece, Wuthering Heights. A critically acclaimed and sublimely talented storyteller, Caryl Phillips is “in a league with Toni Morrison and V. S. Naipaul” (Booklist) and “his novels have a way of growing on you, staying with you long after you’ve closed the book.” (The New York Times Book Review) A true literary feat, The Lost Child recovers the mysteries of the past to illuminate the predicaments of the present, getting at the heart of alienation, exile, and family by transforming a classic into a profound story that is singularly its own.

[Phillips is a well-known British-Kittian writer. This book is already out on the shelves!]

The Book of Phoenix by Nnedi Okorafor

The Book of Phoenix is a unique work of magical futurism. A prequel to the highly acclaimed, World Fantasy Award-winning novel, Who Fears Death, it features the rise of another of Nnedi Okorafor’s powerful, memorable, superhuman women.

Phoenix was grown and raised among other genetic experiments in New York’s Tower 7. She is an “accelerated woman”—only two years old but with the body and mind of an adult, Phoenix’s abilities far exceed those of a normal human. Still innocent and inexperienced in the ways of the world, she is content living in her room speed reading e-books, running on her treadmill, and basking in the love of Saeed, another biologically altered human of Tower 7.

Then one evening, Saeed witnesses something so terrible that he takes his own life. Devastated by his death and Tower 7’s refusal to answer her questions, Phoenix finally begins to realize that her home is really her prison, and she becomes desperate to escape.

But Phoenix’s escape, and her destruction of Tower 7, is just the beginning of her story. Before her story ends, Phoenix will travel from the United States to Africa and back, changing the entire course of humanity’s future.

Blackass by A. Igoni Barrett

Furo Wariboko – born and bred in Lagos – wakes up on the morning of his job interview to discover he has turned into a white man. As he hits the streets of Lagos running, Furo finds the dead ends of his life open out wondrously before him. The world, it seems, is his oyster — except for one thing: despite his radical transformation, his ass remains robustly black…

Funny, fierce, inventive and daringly provocative — this is a very modern satire, with a sting in the tail.

[A. Igoni Barrett’s sophomore novel, Love is Power or Something Like That was quite popular in 2013! I’m excited for the book cover art of Blackass to be released soon!]

Falling in Love with Hominids by Nalo Hopkinson 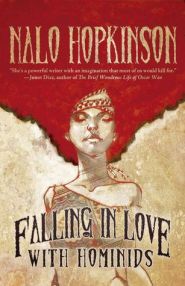 ean and American fiction. She has been dubbed “one of our most important writers,” (Junot Diaz), with “an imagination that most of us would kill for” (Los Angeles Times), and her work has been called “stunning,” (New York Times) “rich in voice, humor, and dazzling imagery” (Kirkus), and “simply triumphant” (Dorothy Allison).

Falling in Love with Hominids presents over a dozen years of Hopkinson’s new, uncollected fiction, much of which has been unavailable in print. Her singular, vivid tales, which mix the modern with Afro-Carribean folklore, are occupied by creatures unpredictable and strange: chickens that breathe fire, adults who eat children, and spirits that haunt shopping malls.

How to be Drawn by Terrance Hayes

A dazzling new collection of poetry by Terrance Hayes, the National Book Award–winning author of ‘Lighthead’ 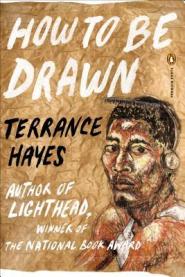 In How to Be Drawn, his daring fifth collection, Terrance Hayes explores how we see and are seen. While many of these poems bear the clearest imprint yet of Hayes’s background as a visual artist, they do not strive to describe art so much as inhabit it. Thus, one poem contemplates the
principle of blind contour drawing while others are inspired by maps, graphs, and assorted artists. The formal and emotional versatilities that distinguish Hayes’s award-winning poetry are unified by existential focus. Simultaneously complex and transparent, urgent and composed, How to Be Drawn is a mesmerizing achievement.

The Star Side of Bird Hill: A Novel by Naomi Jackson

Two sisters are suddenly sent from their home in Brooklyn to Barbados to live with their grandmother, in this stunning debut novel.

This lyrical novel of community, betrayal, and love centers on an unforgettable matriarchal family in Barbados. Two sisters, ages ten and sixteen, are exiled from Brooklyn to Bird Hill in Barbados after their mother can no longer care for them. The young Phaedra and her older sister, Dionne, live for the summer of 1989 with their grandmother Hyacinth, a midwife and practitioner of the local spiritual practice of obeah.

Dionne spends the summer in search of love, testing her grandmother’s limits, and wanting to go home. Phaedra explores Bird Hill, where her family has lived for generations, accompanies her grandmother in her role as a midwife, and investigates their mother’s mysterious life.

This tautly paced coming-of-age story builds to a crisis when the father they barely know comes to Bird Hill to reclaim his daughters, and both Phaedra and Dionne must choose between the Brooklyn they once knew and loved or the Barbados of their family.

Jackson’s Barbados and her characters are singular, especially the wise Hyacinth and the heartbreaking young Phaedra, who is coming into her own as a young woman amid the tumult of her family.

The Fishermen by Chigozie Obioma

In a Nigerian town in the mid 1990’s, four brothers encounter a madman whose mystic prophecy of violence threatens the core of their close-knit family. Told from the point of view of nine year old Benjamin, the youngest of four brothers, The Fishermen is the Cain and Abel-esque story of an unforgettable childhood in 1990’s Nigeria, in the small town of Akure. When their strict father has to travel to a distant city for work, the brothers take advantage of his extended absence to skip school and go fishing. At the ominous, forbidden nearby river, they meet a dangerous local madman who persuades th

e oldest of the boys that he is destined to be killed by one of his siblings. What happens next is an almost mythic event whose impact-both tragic and redemptive-will transcend the lives and imaginations of its characters and its readers. Dazzling and viscerally powerful, The Fishermen never leaves Akure but the story it tells has enormous universal appeal. Seen through the prism of one family’s destiny, this is an essential novel about Africa with all of its contradictions-economic, political, and religious-and the epic beauty of its own culture. With this bold debut, Chigozie Obioma emerges as one of the most original new voices of modern African literature, echoing its older generation’s masterful storytelling with a contemporary fearlessness and purpose.

*Chigozie Obioma also has a Tumblr campaign (Abulu Sightings) that is associated with this novel. On his Tumblr blog, photos of derelict and demented people throughout Africa are showcased, in the attempt to raise awareness of their predicament to the attention of African governments. Social change through literature – this is a very bold project! Check it out – HERE.*

What new releases are you anticipating? Please do share!